Square Up declared the winner 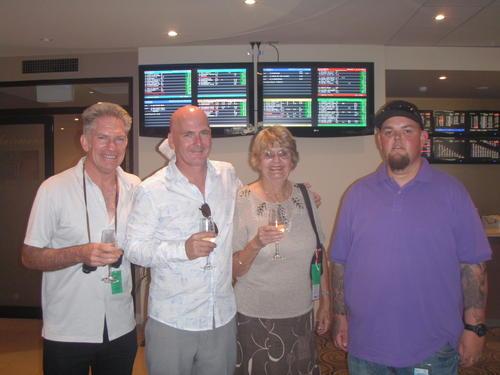 It wasn't all fair and square in the 1800m race at the Gold Coast yesterday when the Bruce Hill trained galloper Square Up was badly checked at the top of the straight.

He looked to have the race in his sights rounding the turn until he was hampered on straightening by race favourite Tuscanarrow.  After regathering his momentum, Square Up chased down Tuscanarrow to within a neck margin.

In light of the short margin and severity of the interfence, jockey Ken Pope lodged a protest and the connections were confident of their chances.

After a brief deliberation in the stewards room the protest was uphelp and placings were reversed, giving the 3 y.o. son of Get Square his second win from just 10 starts.

Hill now plans to step him up in distance and was very pleased with the run, stating, "He looks like a promising stayer in the making."