Redsson lifts to record another win 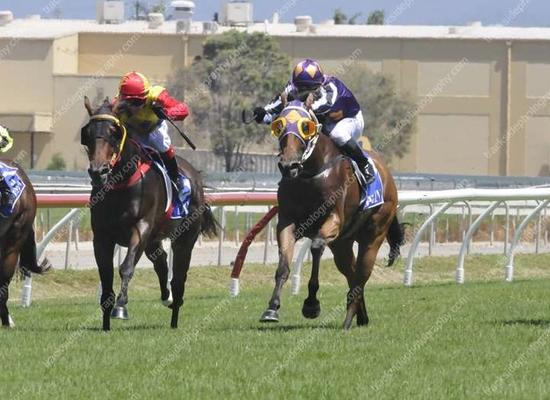 Redsson produced a tough performance on Saturday to take out the Class 3 Handicap over 1200m on his home track and bring up win number four.

Jumping form barrier four in the field of only five runners, the four year old landed in a great spot outside the leader and in a race of tactics, jockey Matthew Palmer produced a perfect ride.  He went home for at the top of the straight and as they approached the finished line there were four across the track but Redsson dug deep to fight off the challenges and score by a head.

It was his forth career win, his third on his home track, and it took his prizemoney total to just shy of $160,000.