Hotel Coste takes the next step 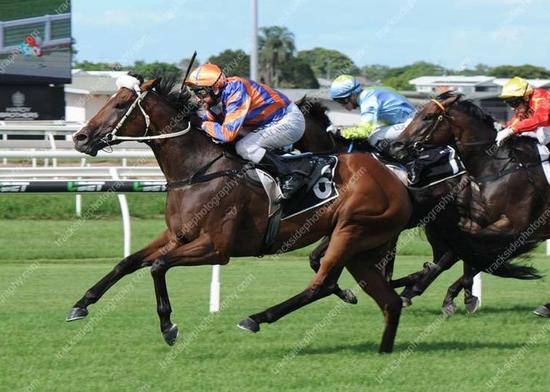 After a frustrating beginning to his current preparation, Hotel Coste put it all together at Eagle Farm last Saturday, to take out the Class 3 Plate over 1400m.

A lightly raced four year old, Hotel Coste has always shown good ability, but has taken his time to work out what racing is all about.  This preparation he has done a few things wrong and has also suffered his share of bad luck but last Saturday, aided with a perfect ride by Larry Cassidy, the Husson gelding showed his real ability to beat a strong field.

Beginning from barrier four, Hotel Coste jumped away well but settled in a lovely position just worse than midfield, as they ran along at a genuine tempo.  At the top of the straight, Cassidy got him into clear running and he produced a strong turn of foot to pull away and score comfortably by a length.

The win took his earnings to over $58,000 from just twelve starts.  He will line up again at Eagle Farm this weekend, in the Class 3 Plate over 1500m.