A dead heat for Hidden Light 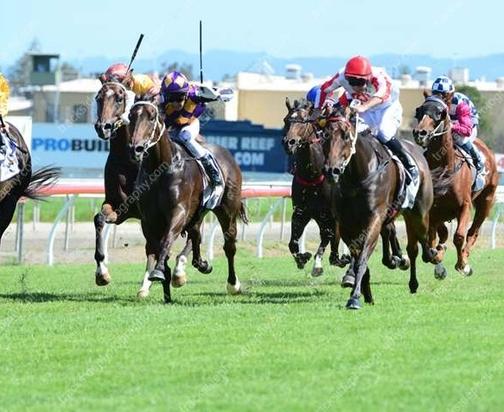 Gutsy filly Hidden Light recorded her third win on Wednesday but had to share it with fellow Gold Coast galloper, Mini Meld, when the judge was unable to split them.

Jumping from barrier four, Hidden Light flew out of the gates and raced just off the leaders in third position.  She came around them in the straight and let down strongly and the race looked like it was hers, until Mini Meld stormed down the outside to draw level with her right on the post.  Jockey Jag Guthmann - Chester pushed her head down on the line and thought that she may have held on but the photo failed to show a margin.

It was a gallant effort from the Hidden Dragon filly against the older horses, as she was the only three year old in the field.  She has now recorded three wins and six placings from eleven starts and has collected over $68,000 for her connections.