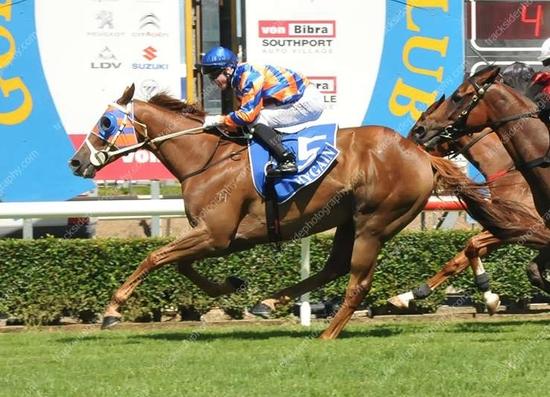 Bodega Negra proved too strong on his home track earlier this month, with a solid win in the Open Handicap over 1800m.

Ridden by Paul Hammersley, the six year old travelled beautifully just off the leader and when asked for an effort in the straight he kicked strongly and pulled away to score by a length.  The win was a nice reward for Hammersley, who has had a long association with the six year old.  He did a lot of work with him as a yearling and rode him in his first ever race start but was yet to win aboard him.

It was the eight win for the Hidden Dragon gelding and took his total earnings to over $432,000, making him the highest prizemoney earner for the Hill stable.