Winning Accord returns a winner 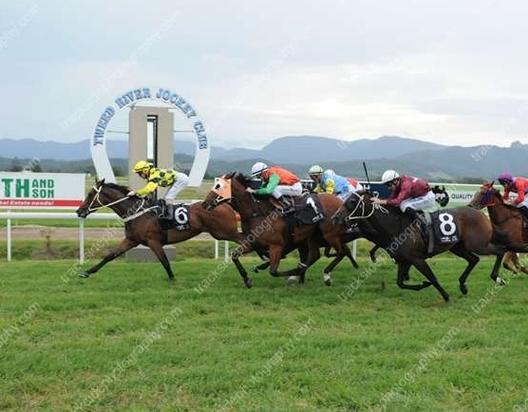 Winning Accord returned to the winner's stall on Friday after producing a solid performance to take out the Benchmark 60 Handicap over 1530m at Murwillumbah, much to the delight of his owners, Dudley and Beverly Kelso.

Now a four year old, Winning Accord showed plenty of promise early on in his career but suffered a series of setbacks, after he was injured in a paddock accident late last year.  He never seemed 100% right last preparation and as a result was sent out for a good break.  This time in, he is happy and healthy and the results are starting to show.

He jumped away from the inside barrier in Friday's event and enjoyed a good run in the box seat.  He did want to over race in stages but was kept under a nice hold by apprentice, Jag Guthmann - Chester.  He hit the lead at the top of the straight and fought on strongly to hold off the challengers and score by half a length.

It was win number three for the Authorised gelding and it took his earrings to over $55,000.