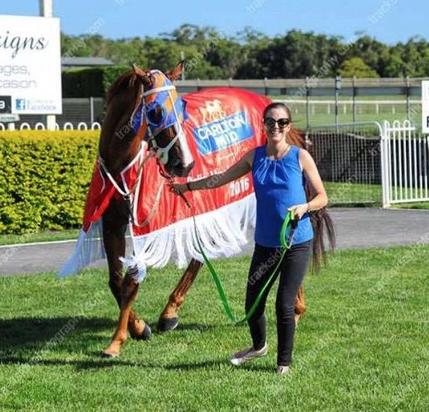 Stable stalwart Bodega Negra chalked up the biggest win of his career last week by taking out the Carlton Mid Coffs Harbour Cup.

Running off a six day back up, the six year old never looked in doubt during the 1600m event and despite jumping from barrier 11, he was able to secure a lovely run in the race by jockey Chad Lever.  He travelled beautifully and as they turned into the straight he cruised to the lead and let down strongly to score by a length.

A son of Hidden Dragon, Bodega Negra was purchased by trainer Bruce Hill at the Magic Millions QTIS yearling sale, for $46,000.  He collected over $48,000 for his Cup win, taking his total earnings to just shy of $400,000.