Man Of His Word sets a new track record 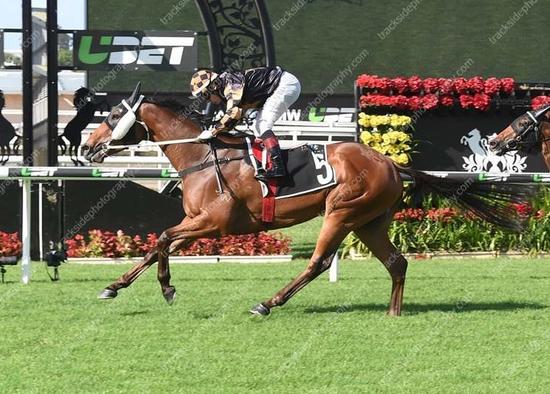 There were a big team of owners trackside on Saturday to cheer home their talented galloper, Man Of His Word, and the four year old gave them what they came to see, producing a dominant win and setting a new track record in the process.

Starting a short priced favourite in the 1500m Class 6 Handicap, Man Of His Word had been very unlucky in his past couple of runs but connections and the punters were confident that Saturday was his day and he didn't let them down.

Queensland's leading rider, Jeff Lloyd, who has ridden the gelding in five of his last six runs was determined to once again get him first across the line and he got the job done with a very clever ride.  Normally connections would be pleased with barrier one, but for a 'get back' horse, who doesn't like running in restricted room, it was not ideal.  However, this was no problem for Lloyd, who allowed him to drift back to a midfield position as the tempo of the race increased.  Approaching the 600m mark he started to improve and he made sure that he had clear running once he straightened.  Man Of His Word then let down strongly over the final 200m to pull away and score by a length and a half.

The win continued the great run for Grand Syndicates, who are big supporters of the Hill stable.  They currently have a strong team of eight horses in Queensland, which include the in-form Media Maid, who has won three of her last six starts and the very promising youngster Mark My Word, who produced a huge run last week to finish third at just his second start.