Man Of His Word makes light work of his rivals 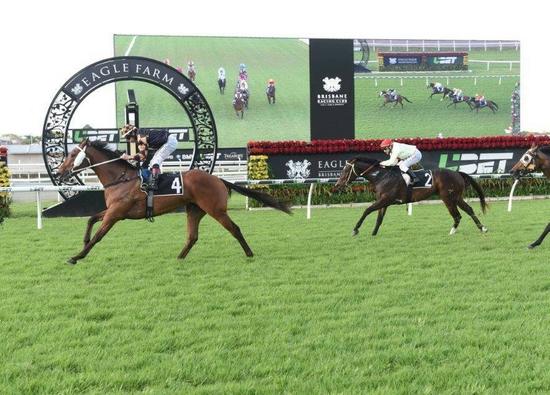 Talented galloper Man Of His Word returned to the winner's stall on Saturday after scoring an impressive win in the Class 6 Handicap over 1200m, at Eagle Farm.

Ridden by Queensland's leading rider, Jeff Lloyd, the four year old settled back in the run, after drawing the outside in the field of eleven.  He travelled nicely throughout the race and let down strongly in the straight to score easily by two and a half lengths.

The win was a relief for trainer, Bruce Hill and the Grand Syndicates team, as the gelding had been unlucky in his previous runs.  A son of Lope De Vega, Man Of His Word, still does plenty wrong in his races but certainly possesses loads of natural ability.

Purchased at the Magic Millions June sale for just $10,000, Man Of His Word has now collected just over $133,100 in prizemoney and he will no doubt continue to add to that figure.