Hotel Coste proves too good on his home track 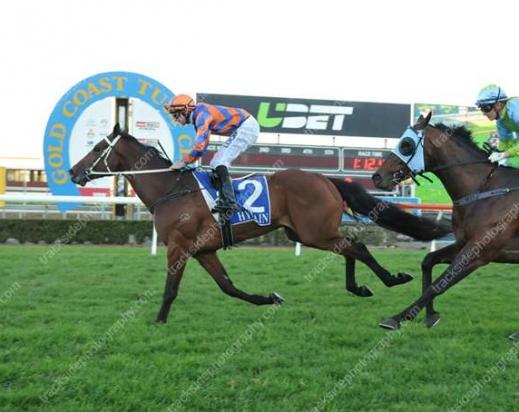 Lightly raced galloper Hotel Coste, recorded his second victory from just his sixth start last week, with a slashing win in the Class 1 Handicap over 1200m at the Gold Coast.

The four year old is still very raw and once again he reared as the gates opened, causing him to come about about there lengths behind the rest of the field.  He trailed the field for the majority of the race and was still at the rear as they came into the straight, but he produced a brilliant turn of foot to score by a length.

Hotel Coste has always shown plenty of ability but still has a lot to learn about racing.  Trainer Bruce Hill was thrilled with the win and believes there is still plenty of improvement to come from the son of Husson.