Hidden Light makes it back to back wins 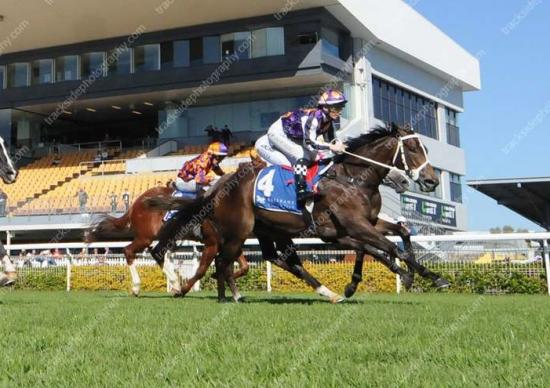 Talented pint-size filly Hidden Light proved she is a force to be reckoned with in her upcoming three year old season, with another dominant display at Doomben on Wednesday.

Jumping away half a length clear of the field, Hidden Light could not be caught over the 1050m dash, winning by half a length under the urgings of Brooke Ainsworth, giving both girls their first taste of town success.  However it was not all smooth sailing, with the filly dislodging Aisworth after the line and then the runner up firing in a protest.  The team survived the protest and with the additional fillies bonus going to Hidden Light, it was a pleasing day for all involved.