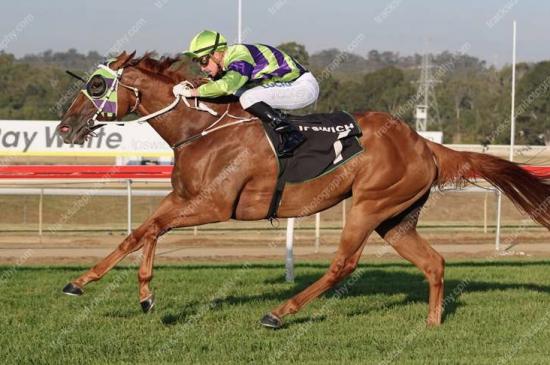 Rosenet returned to the winner's stall at Ipswich last Wednesday after scoring a gutsy win in the Benchmark 85 Handicap over 1200m.

Jumping from barrier two it looked as though she was going to get a cushy run in the box seat but that wasn't to be.   The leaders put on the breaks not long after the start and jockey Ryan Wiggins allowed her to slide forward and sit outside them rather than fight her, which proved to be the winning move.   She kicked for home approaching the turn and with 54kgs on her back she was too strong and pulled away to score by two and a half lengths.

Purchased from the Magic Miilions sale as a yearling for just $10,000, Rosenet has now won eight races, five of those at Metropolitan level, and she has collected over $180,000 in prizemoney.  She will go through the sale ring once again, this time as a broodmare, at the Magic Millions sale next week.