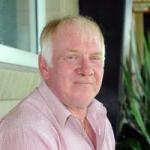 Bruce was born to train horses, growing up with his father training trotters and gallopers in New Zealand. Bruce worked for his father Frank for six years before gaining further experience working for some of New Zealand's leading trainers like Fred Philips, Bill Sanders and Ray Verner.

Bruce took out his trainer's licence in the mid-seventies and by 1980 had travelled a horse to Melbourne, then deciding to make Australia his home. He immediately secured a job as travelling foreman for Geoff Murphy where he worked for three years and went on to be Geoff's Melbourne foreman for a further four years. During this time Bruce looked after such great horses as Grosvenor, Sovereign Red and Melbourne Cup winner Gurners Lane.

From 1987 until 1997 Bruce trained a small team of horses and put into practice the skills he had picked up from leading mentors, including training a horse to peak in the right race. After his largest client passed away Bruce moved to the Gold Coast, where he acted as foreman for Gerald Ryan, one of Australia's leading trainers. Bruce worked for Gerald for almost ten years, winning races such as the Queensland Guineas with Saxon, Magnifier and Regent Street and the Queensland Oaks with Mon Mekki. When Gerald decided to transfer to Sydney, Bruce had no hesitation in taking over Ascot Lodge. The transition was smooth and the winners kept on coming.